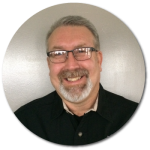 After 32 years in steel mills, Doug had to change his occupation because of a back injury.  He studied for his Life & Health Insurance License and sold supplemental health policies until he spoke with Jim Stinson at deer camp about crop insurance.  He loves being able to go out and meet people and talk with them.  Throughout high school he had been in the FFA courses.  This, along with working in the summer bailing hay for a local farmer, kept his interest in the farming life. Doug has been married to his wife Laurie for 35 years.  They have three boys who are all married, as well as three grandsons.  He loves to hunt deer and travel with his wife.

Serving over 1500 growers, and growing!

We know that our growers are counting on us to keep them educated and up to date on ALL of their available options.

How can we help you?